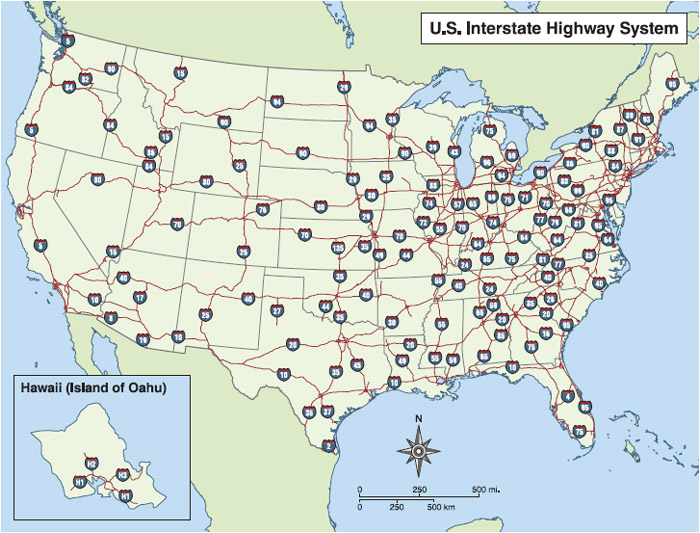 On this day in 1956, the U.S. Congress approves the Federal Highway Act, which allocates more than $30 billion for the construction of some 41,000 miles of interstate highways; it will be the largest public construction project in U.S. history to that date.

Among the pressing questions involved in passing highway legislation were where exactly the highways should be built, and how much of the cost should be carried by the federal government versus the individual states. Several competing bills went through Congress before 1956, including plans spearheaded by the retired general and engineer Lucius D. Clay; Senator Albert Gore Sr.; and Rep. George H. Fallon, who called his program the “National System of Interstate and Defense Highways,” thus linking the construction of highways with the preservation of a strong national defense.

President Dwight D. Eisenhower had first realized the value of a national system of roads after participating in the U.S. Army’s first transcontinental motor convoy in 1919; during World War II, he had admired Germany’s autobahn network. In January 1956, Eisenhower called in his State of the Union address (as he had in 1954) for a “modern, interstate highway system.” Later that month, Fallon introduced a revised version of his bill as the Federal Highway Act of 1956. It provided for a 65,000-km national system of interstate and defense highways to be built over 13 years, with the federal government paying for 90 percent, or $24.8 billion. To raise funds for the project, Congress would increase the gas tax from two to three cents per gallon and impose a series of other highway user tax changes. On June 26, 1956, the Senate approved the final version of the bill by a vote of 89 to 1; Senator Russell Long, who opposed the gas tax increase, cast the single “no” vote. That same day, the House approved the bill by a voice vote, and three days later, Eisenhower signed it into law.

Highway construction began almost immediately, employing tens of thousands of workers and billions of tons of gravel and asphalt. The system fueled a surge in the interstate trucking industry, which soon pushed aside the railroads to gain the lion’s share of the domestic shipping market. Interstate highway construction also fostered the growth of roadside businesses such as restaurants (often fast-food chains), hotels and amusement parks. By the 1960s, an estimated one in seven Americans was employed directly or indirectly by the automobile industry, and America had become a nation of drivers.

Legislation has extended the Interstate Highway Revenue Act three times, and it is remembered by many historians as Eisenhower’s greatest domestic achievement. On the other side of the coin, critics of the system have pointed to its less positive effects, including the loss of productive farmland and the demise of small businesses and towns in more isolated parts of the country.